Google TV with the Logitech Revue - First Look and Thoughts

Google TV aggregates your existing satellite or cable feed with video and radio services like Netflix, Amazon and Pandora, along with all of the internet, including “enhanced” web sites like TBS or Cartoon Network.  The goal is to eliminate the need to switch TV sources and remotes every time you want to watch a different source, and layer that Google search and index goodness on top. In the case of the Revue, which adds another box to my set top - integration to existing hardware like TV, DVR and AV equipment is critical.

I actually dropped Comcast and switch to Dish Network prior to getting my Revue. Part for the price change, and part for the better Google TV experience. The setup asks you to select the Television Service Provider, set top box brand and model.  Dish Network charges $4 for full integration (boo Dish Network, boo) but the full experience (which should be free..)  is very nice. My single Logitech keyboard controls all features of my DVR from browsing, recording to the system menu.

A nice bonus provided by Logitech’s Revue is the ability to connect your wire dependent DVR directly to the Revue as a bridge to your wireless network.  This saved me from drilling a hole for the cat5e required by the DVR unit (what is this 2003 that I am still running cat5e  cables!?)  This now only allows the two units to communicate, but allows me to use the remote app on my Android and connect to my DVR!

The integration here really impressed me as well. After asking for the make and model of your TV, you also provide the HDMI port that Google TV is feeding.  Again the benefit is that my one new keyboard remote can turn on my DVR, TV and Revue in one click, and even set my TV to the right input after Ali was rocking her video games. The volume and power are also controlled through the new remote thanks to the Revue’s built in IR-blaster.

Keyboard remote, sounds heavy and obnoxious right?   I was actually surprised by how light the keyboard remote is, running on two AA batteries.  I haven’t found it difficult to type and navigate without needing to lay the remote on a surface. The layout is simple, and special keys are limited to some DVR playback controls and the TV, DVR, Guide quick selectors. Along with responsive touch-pad that lacks scrolling.

Google recently began pushing an update to Google TV devices that allows lots of new features, including the ability for Android phones to be paired with your device, and it is good. To download it, snap the QR code below. [caption id="" align=“aligncenter” width=“230” caption=“Scan to see Google TV Remote in the Android Market”] 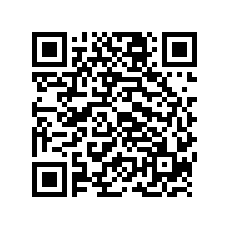 This is one of the default sections off the Google TV homepage.   This feature arranges your media by genre and type.  So if you want to see all the movies on, or some animated cartoons - you get a list of all currently playing media and the remaining runtime - sweet! This is one of those features that depends on a tight integration with your DVR or cable box - ask your current provider about Google TV integration. You may need  updated equipment, or a new provider.

A single source for queued up Amazon Videos, DVR’d titles or random Podcasts. Integrates to a Google Reader account.

A really nice feature of Android carried through here**. The Gallery application pulls from Picasa to show images and slideshows**.  Nice to use in combination with Pandora streaming music for some brownie points with the Mrs.

My biggest beef with my Wii was how they tried to hide the Internet (and make me pay for Opera - since refunded). No such shananagans here.  The Google TV internet is unrestricted allowing you to visit any site you could from your desktop thanks to the integrated Google Chrome browser with HTML5 and CSS3 support. Flash? of course. (Like it or not, websitez use it)

Things to try (or things i find useful)